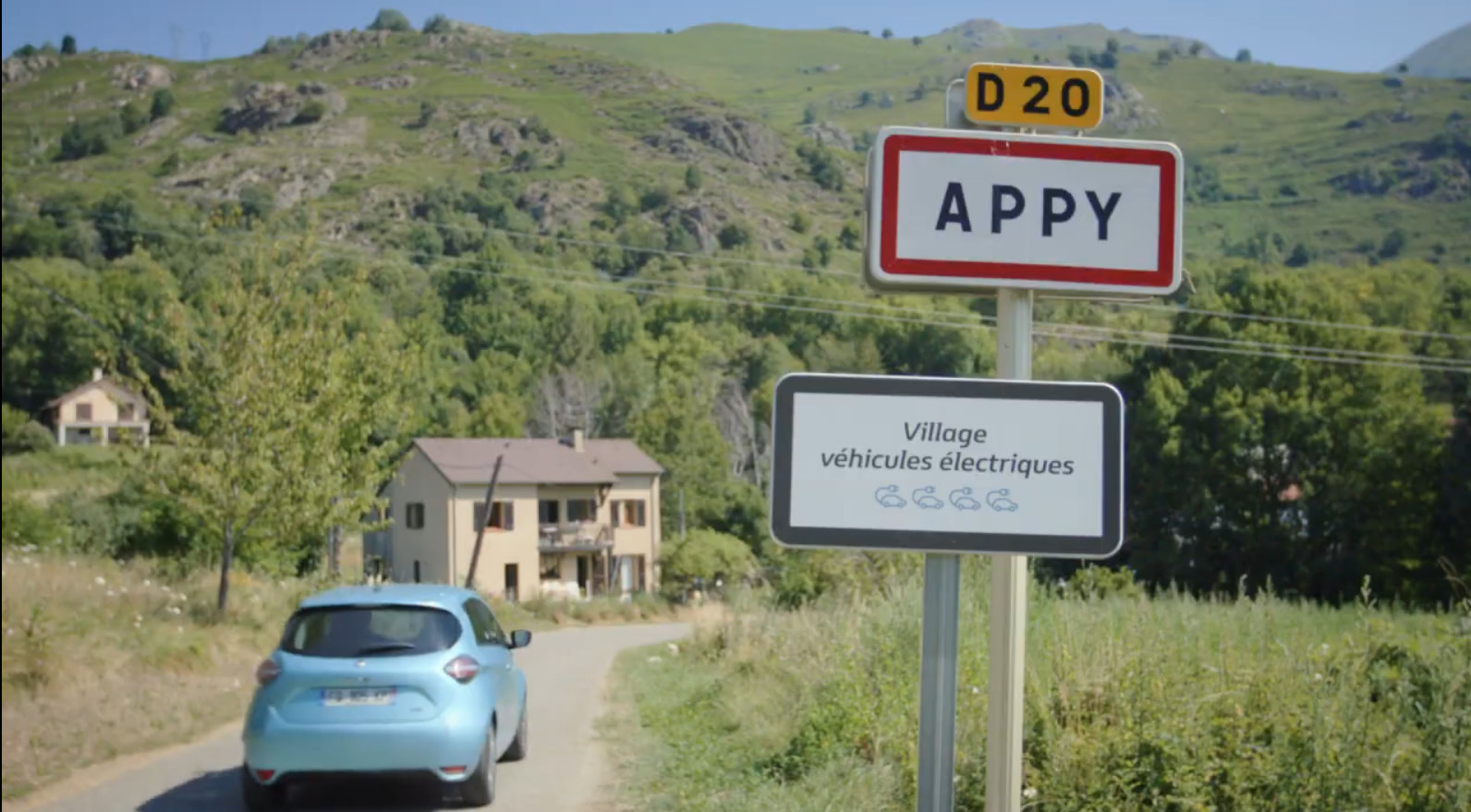 Renault (French car manufacturer) has created an unusual and unique large-scale event, the first “100% electric vehicle” village in France. A Publicis initiative that won the Grand Prix 2021 of the Brand Content Awards (an inFluencia event and produced by Prache Media Event).

A dozen new electric ZOE cars were loaned free of charge to the inhabitants of the small village of Appy (Ariège, France) to accompany them in their daily lives and demonstrate the usefulness of electric mobility beyond the cities.

In July 2020, each of the 11 families in this small village received a brand new ZOE electric car. Renault is giving them a free three-year loan as part of an unprecedented experiment: the creation of the first “100% electric vehicle” village in France. Everyone played the game and agreed to give up their old combustion engine vehicle.

Their unprecedented experience gave rise to video reports broadcast on French television (TF1) from October 5 to 9, 2020 and on Renault’s Youtube page in a longer version.

By making a documentary on the daily life of the inhabitants of Appy with authentic testimonies, the reference manufacturer in electric vehicles, Renault wanted to break the prejudices on the transition to electric vehicles (autonomy, charging infrastructure, cost).