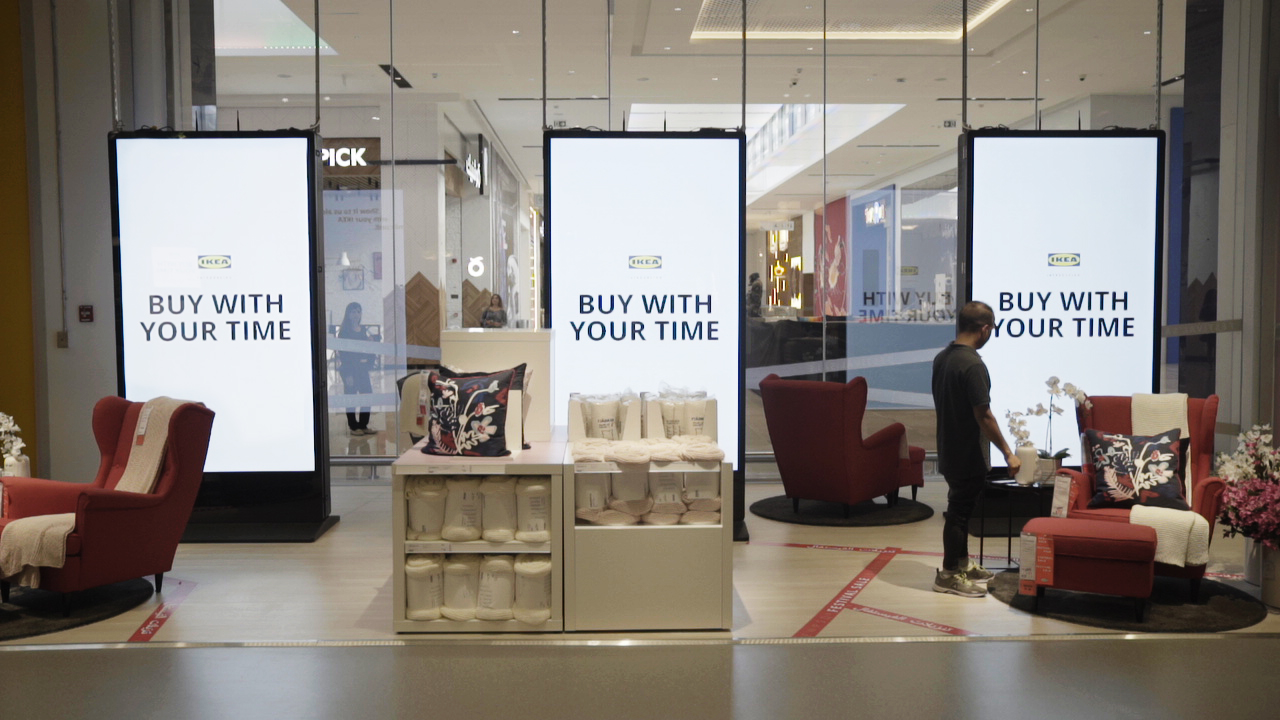 The time it takes its customers to come to their store, usually located far from the city centers. Converting the time spent on the road into money, used to buy IKEA products: good idea, right?

IKEA stores are often located at least 30-45 minutes away from major cities. This is especially the case in Dubai, where the only store in the city was very far from the center, especially for the inhabitants of Jebel Ali (a city near Dubai). So, the brand decided to open a second store in the region and to promote it in a rather original way… IKEA and the agency Ogilvy Memac imagined the operation “Buy With Your Time”.

In practice, customers just must show the cashier their way to come thanks to the Google Maps application that records the trip. The time shown on the way to IKEA was converted into money. To determine the amount of time to money conversion rate, the average income level was chosen.

For IKEA, it’s an original and clever way to create an event, but it’s also a way to show its consumers that the brand is aware of the flaws that can be reproached to it.