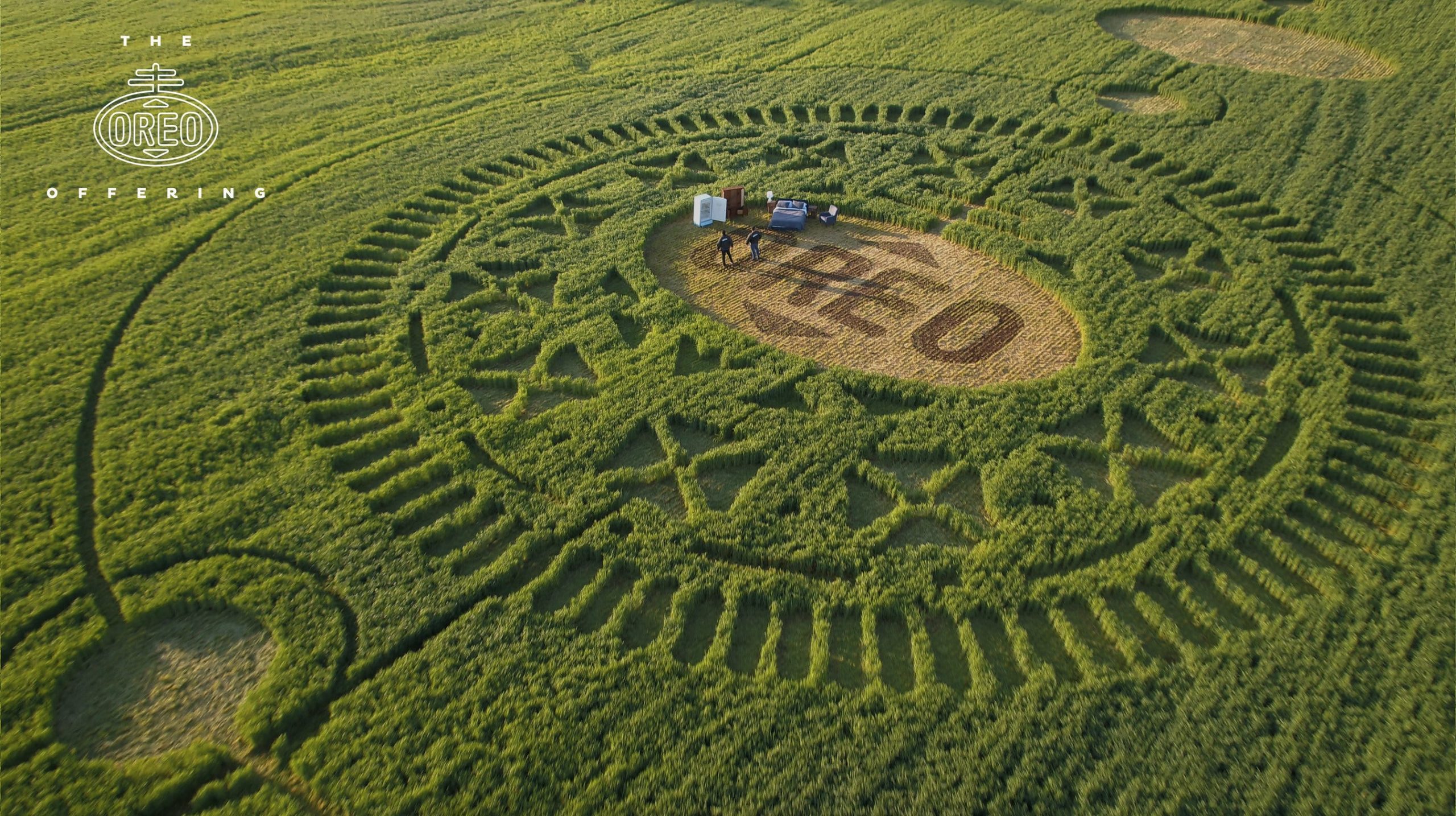 The truth is out there: Oreo’s (very) original Offering

Oreo turns its cookie packaging into a “mysterious” peace offering to life forms outside the Earth.

If America’s most popular cookie can bring people together, it has ambitions to do the same… beyond planet Earth!

During waiting for the Pentagon’s report on UFOs, the cookie brand is taking advantage of the news to launch its latest (viral) marketing novelty: “The Offering” which hopes to bridge the gap between the different life forms possible on Earth and in space with a cookie that guarantees unity.

Nabisco has just released a special package of Oreo cookies to welcome aliens… if they ever arrive on our planet. The company obviously thinks its cookies are the perfect human food to offer to alien life forms if they contact us. So, it decided to make a limited-edition package especially for the aliens’ arrival. The package features blue patterns on a black background reminiscent of space and displays the slogan “Bringing all lifeforms together”. In the center is a blue circle, framed by the words “The Offering”, the size of a single Oreo cookie. The idea is to place an Oreo cookie in the center and give it as a peace offering to an alien… or more simply and easily to a human person you want to share a snack with!

Orea said in a press release that she traveled to the Midwest to build a design measuring three acres on a farm to expand “The Offering” to “everything in existence.” Images of the process and a drone video were posted on the social network Twitter.

For the occasion, the Oreo packaging was transformed into a mysterious item found in local retail stores that promotes not only solidarity with other life forms, but also with people on earth. To date, there has been no notable reaction from aliens to Oreo’s gourmet proposal.

Previous
The O2 in Fortnite with Easy Life: a musical adventure